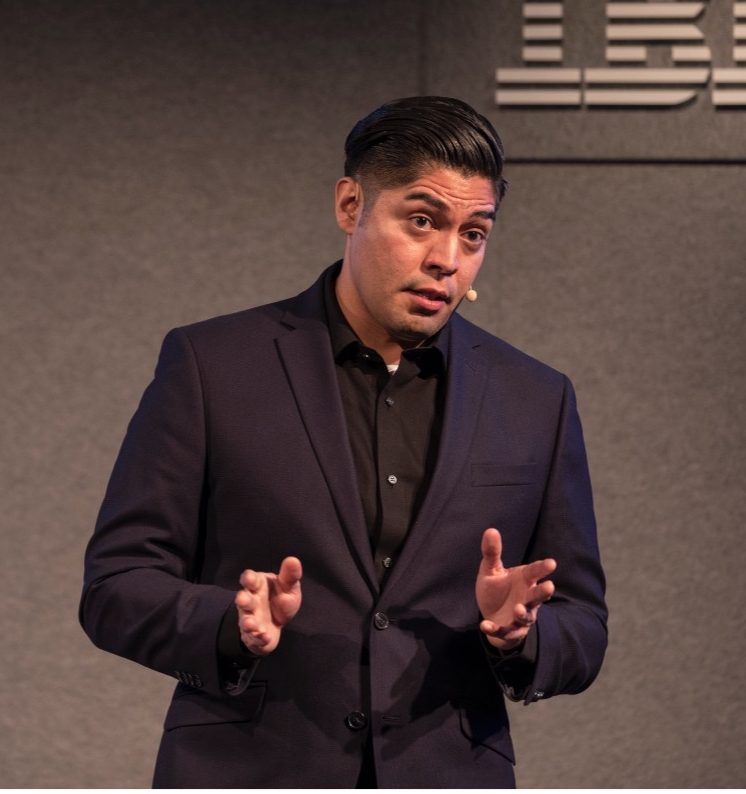 Alan Torres is known for two things: his work and dedication to the IBM community and his compelling speech discussing world views and relevant topics at the Growth and Transformation Team (GTT) conference in New York City. Alan was hand-selected to engage more than three hundred of the most senior executives, in which he received a standing ovation. In the five years since joining IBM, this speech is what Alan considers his proudest accomplishment and greatest contribution to IBM. In addition to this pivotal moment, Alan has advocated before Congress and the U.S. Senate on immigration reform legislation in partnership with IBM. Alan is one of the people called “Dreamers” – people who were brought to the US as children and whose legal status remains in limbo. Alan joined IBM in 2016. He started as a software quality assurance engineer for Watson Health. He has transitioned from an engineering to sales position within IBM and is currently on assignment for the US GM of Consumer, Retail & Travel industries to gain leadership experience. Alan earned his Bachelor of Science degree in Management and Information Systems from the University of Texas at Arlington and an associate degree with an emphasis in business from Dallas County Community College. Alan is also planning on pursuing his MBA in the coming years.