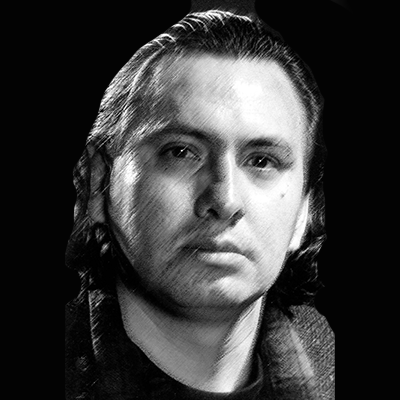 Carlos is a Hispanic artist and community activist recognized for his visual art creations that are found in public and private collections throughout the world. In 1977 he created the original drawings of one of the world’s most iconic logos of our time, that of the Apple Logo.

One of his ongoing commissions is with the Cinequest Film Festival. Pérez is the designer of the Festival’s Maverick Spirit Award, a bronze sculpture that has been presented to such notables as; Harrison Ford, Rosario Dawson, James Olmos, Sir Ben Kingsley, Lupe Ontiveros, Diablo Cody, Spike Lee, Lalo Schifrin, Danny Glover, Benjamin Bratt…

“Carlos is an immigrant from México City, DF with his fingerprints on a part of the American Fabric.” Damian Trujillo